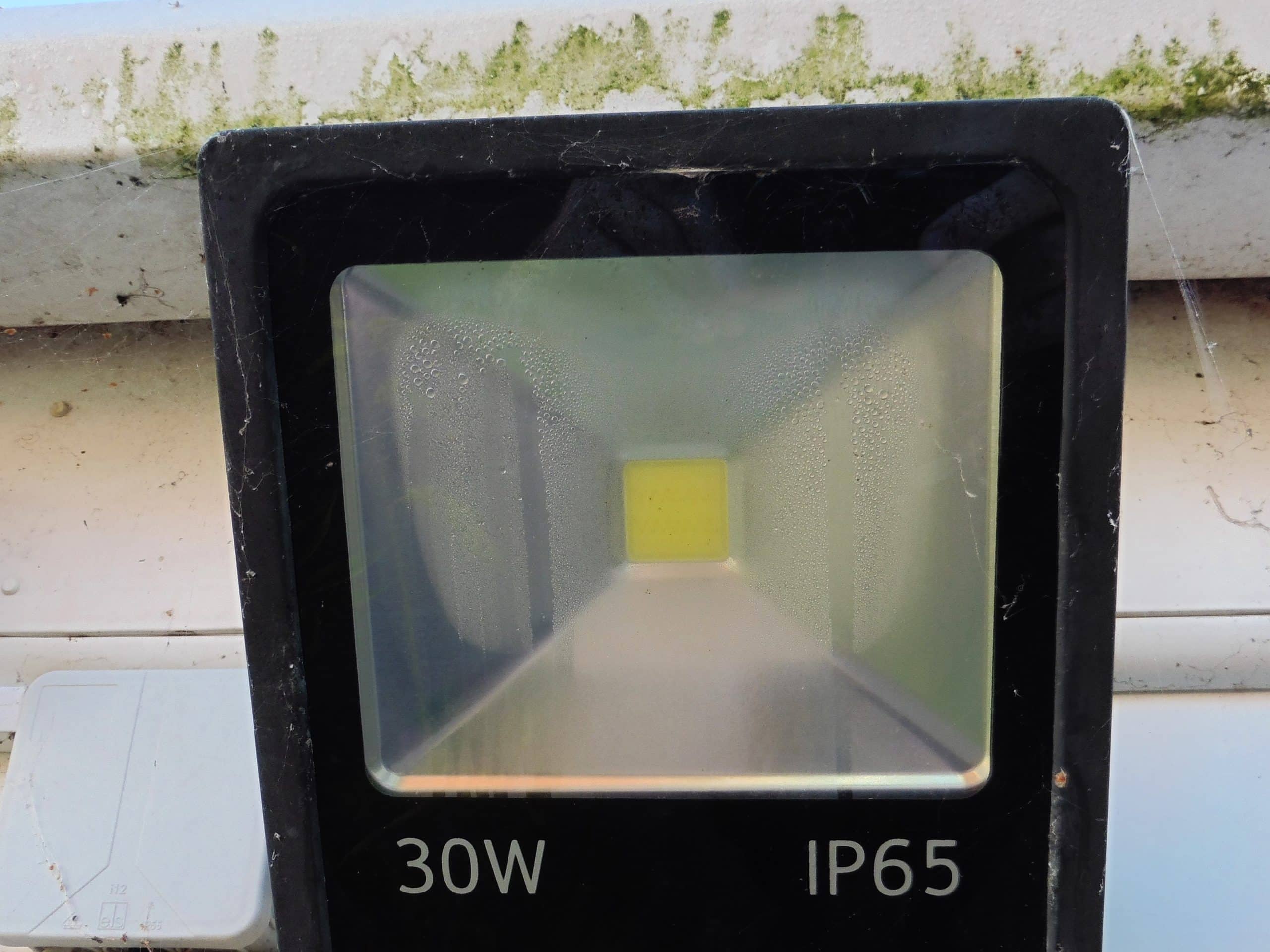 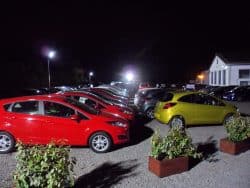 With winter evenings drawing in, concerns amongst employers over car park illumination, especially if you have female employees. Failing LED Floods is a constant problem.

This is especially an issue where you have staff carparks or security lighting requirements such as CCTV monitoring round the building. Without adequate lighting the CCTV cameras can’t function and Staff arriving in the early morning or late evening are vulnerable.

Many customers tell me that they are regularly replacing Outside Flood Lights due to failure. The Picture above is of a Flood light which is just 3 years old, while its still working it has absorbed moisture inside. Electricians and Maintenance personel are puzzled as to why they are failing so regularly. The issue is that with an LED Flood Light, its not just a case of replacing the bulb! Once the light stops working it has to be binned and replaced with a new fitting.

So why are LED Flood Lights or outside LEDs Failing?  Surely they are solid state electronics and therefore should last for years.

The issue with outside lighting is moisture. Its not that they necessarily have poor seals, most are IP65 or IP66 with a weather tight encasement seal.

In most cases the water ingress is caused by Osmosis. This happens because as the light warms air, pressure builds inside the casing. Eventually this pressured air is expelled through the seal. In the daytime the light is off and cools. During the winter we will often get rain or shows during the day, cooling the encasement even further. Negative pressure is built up inside the unit and eventually moist air is sucked in through the seal to even up the pressure. Once this happens the circuit board becomes contaminated with a thin layer of moisture. Each LED works on a low DC voltage 1-2 VDC so this moisture causes a short circuit, this will overload the driver and the light fails.

The answer to this issue is to either build the light to IP67 or IP69 which or as with our Latest Flood lights an anti-moisture pressure release valve.  A similar pressure balloon system has been employed on Emergency Bulkhead lights,  however LED Floods get much hotter due to the 150 Lumen per watt output. Therefore a more robust valve system is required 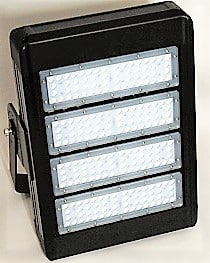